Nirvana, also known as losing Samsara, is the state of enlightenment and Buddhists believe that one dies when they reach the state of Nirvana. To be enlightened or to reach Nirvana is the goal of living and entails losing all attachment to worldly things and trusting oneself and not the world. The teachings of Buddha hold many secrets to life, but this is a story of a girl I nicknamed Nirvana. I will refer to her as Dee, not her real name, for this article. Her real name was that of a flower; so beautiful. I met Nirvana in my second or third year of campus. We were in the same school, but she was a year ahead of me. This is how it happened.

What We'll Discuss On This Article: Hide
The Club
The Meet
Reaching Out
Happy Surprise
Beauty
Signals
Falling Out
Heartbreak
Love and Distance
Moving On

One night in university, my friends and I decided to go to a club. It was one of those ‘let’s go to the club’ days, and I think it was on a Friday and those who decided to go, including me, went to a party in a club not so far away. I love Land Cruisers, and that day we were lucky to get a lift from someone driving one of those long game park Land Cruisers. A friend of mine stumbled on some friends on the way, and we were lucky to get a lift to the club. The club was a few kilometers away, and we were so excited to get there. The night was going well, and, honestly speaking, I was a little buzzed and under the influence.

On my way to the loos, I came across this beautiful girl who just blew my mind and right there and then I was amazed by how beautiful she was. You can imagine me exclaiming all funny-faced and feeling good while talking to her for the first time. She was waiting for a friend like girls do when they are somewhere and visit the bathrooms together. I said hi to her, told her that she was so beautiful, and gave her my number. In my mind, I didn’t expect her to call or text, but I left that decision to her. I rarely take someone’s number, and I prefer to give them mine, and if they are interested, they will call or text. My friend tells me that it’s better to call, but I don’t think that is a

We went home, and I didn’t think much about Nirvana calling or texting because I honestly thought she wouldn’t. A few days after going to the club, I got a text from a Dee who I thought was another Dee I had met, also from school, who was also one year ahead of me. This Dee was a girl I actually liked. She fascinated me because she was just so chill and didn’t talk much. We had met, and I had given her my number. When I got a text from someone, I actually had to guess who they were, and for my lack of knowing better, I had name-dropped like five girls before she told me it was Dee. I knew and thought it was the second Dee, and we just talked and planned a meet.

On the day of the meet, I was actually still in a fancy for the girl I met at the club even though I thought I was meeting the other Dee. The girl I was texting told me that she was at the gate of my place, and I told her to wait for me as I was in a friend’s house, not so far away. I left my friend’s house and went to meet the second Dee at my place. When I got there, I was shocked and amazed to meet Nirvana, the Dee from the club, at the entrance of my place. I realized that I had been texting Nirvana the whole time, thinking it was the other Dee. I quickly put my game face on and pretended that she was the one I was expecting, and it was one of those moments where you feel happily surprised.

We talked with Nirvana and got to know each other better, and she, later, was on her way back to her place. Unfortunately, the other Dee, the one I was expecting, wasn’t the one texting and maybe wasn’t as fancied by me as I had expected. Sometimes you amaze someone, and sometimes you don’t. It’s the way life goes. Nirvana, for me, was such a beautiful girl, and the more I got to know her, the more I felt like I loved her. At the time, I had not nicknamed her Nirvana, but she was so invigorating and beautiful to me. She was a beautiful, short, and slender girl who was so stylish. I remember once visiting her place and thinking that even her cups and plates were just so classy. Thinking about it, she reminds me of the story of Lord Egerton, who built a girl a castle but she did not like it. He had a placard on his fireplace, reading ‘your beauty is my weakness.’

Nirvana was beautiful, but I, unfortunately, missed all the signals she was giving me that she wanted to get down. On my part, I wanted first to get to know her better and even to love her before anything happened. I was also in some other entanglements at the time, and it didn’t feel right to start something while having other things with someone or some people else. I also have a size preference for ladies, and I feel more inclined to rounded girls than slim ones. I mean no disrespect, but even though I don’t like to tell myself that I have a type, I probably do. Nirvana was beautiful and had she given me a chance to date her, her size wouldn’t have impeded us on anything. She was so beautiful and had such a beautiful smile that I was just blown away. Nirvana was a Scorpio, and sometimes Scorpios are very assertive and can be hard to reach. I am a Libra, and for me, I am not really good at reading signals.

Nirvana and I grew apart when I didn’t come through in that department, and it turned sour. She later told me that I saw myself as too sweet. My heart was broken, and I felt like I was not given a chance to know her and love her before anything. I thought and felt like I loved her, and for me, even at that point in my life, the falling out was a huge blow. It took me months or even a year to get over her. I know it sounds stupid, but I was in love, or at least I thought I was. After the falling out is when I nicknamed her Nirvana. The name for me signaled the longing for her and the realization that it sometimes takes a lifetime to reach Nirvana. To be enlightened is to spend your whole life seeking and finding enlightenment. It also means that enlightenment is difficult to reach and that one has to lose something or a part of themselves or someone they could have loved, to be enlightened.

Nirvana was one of my first actual heartbreaks and signaled my unlucky streak with girls named Dee. Her heartbreak reminded me of another Dee I had met just after high school who was from Nakuru. I was her model for a merchandise company she was starting. In all that modeling engagement, I fell in love with her. I found her to be so driven, assertive, and a go-getter. Others would say she was rude, but I later came to learn that she had broken up with her boyfriend not long ago. Her attitude was that of a jaded person, and unfortunately, she wasn’t interested. Like Nirvana and the second Dee, she was at least a year older, and for me, that was not an issue or impediment. I remember once almost passing her in the streets after my heart had broken, and she realized it. My time there had been fun, and I had met these amazing people who were just so cool. So much for falling in love. For me, Dees have been a heartbreak. I hope that will not remain the case.

Read the My Epic Heartbreak article below.

As luck would have it, I met another girl I liked, but unfortunately, she left to go to university in Eldoret. We spent the short time that we had, together and she was just the person I needed after having my heartbroken. She was my refuge, and I loved her, not because she picked me up from the breakup, but because she had such a beautiful heart. The time came for her to leave for school, as did mine. I left and have never really caught up with my then friends from Nakuru. When I came to my new home, Ongata Rongai, for school and fell in love with the place, it is now my second home away from home.

For me, the story of Nirvana is a story of love and hurt, but it is also a story of moving on. Maybe to reach Nirvana, one has to lose trust in worldly things and even love for someone else. For a while, I felt wronged and felt that I had wronged her, but I came to find peace in what happened. I stopped blaming her and myself for the breakup and moved on with my life. Fast forward to a few years later, and I met Epic and, unfortunately, that ended up in My Epic Heartbreak. The nickname Nirvana was quite heavy even for me, but it signaled how deeply I felt about the girl. A girl I didn’t know that well. I have no regrets in retrospection, and I don’t think I would have acted any differently. I remember once hugging her so tight, and I didn’t want to let go. I loved her and, sadly, I lost her, as I did Epic. 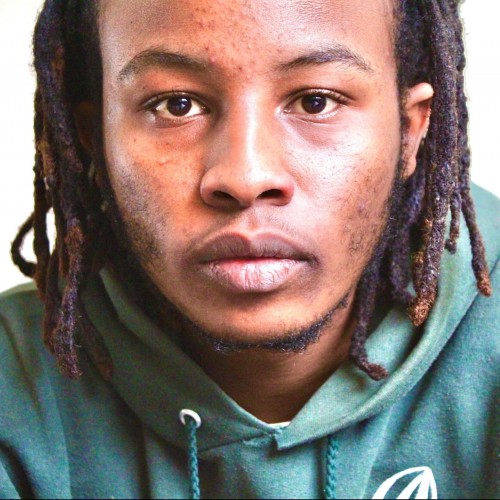 Freeing Yourself by Letting Go

Life can be arduous if you lose something or someone important to you. Even so, you have to move on and find a way...

The Reebok X Cardi B – B Unexplainable Collection

Freeing Yourself by Letting Go